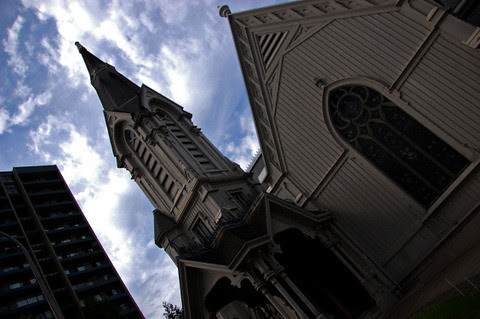 Shopping was the main order of day 3 in this city known for its microbreweries and more importantly, tax-free shopping! Surrounding downtown is a cluster of neighborhoods each with it’s own distinct character and the shops and restaurants to go with it. Suffice it to say, we did some major damage. 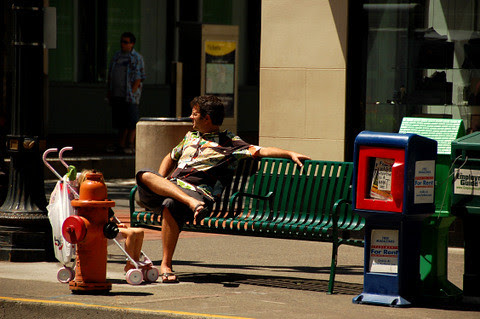 It was the morning of day 4 and, sadly, time to say our goodbyes to Therese and to . However, I refused to leave without trying the legendary maple bacon log at Voodoo Doughnuts featured by Anthony Bourdain in his episode. It was even more sinful and scrumptious than I imagined it to be! 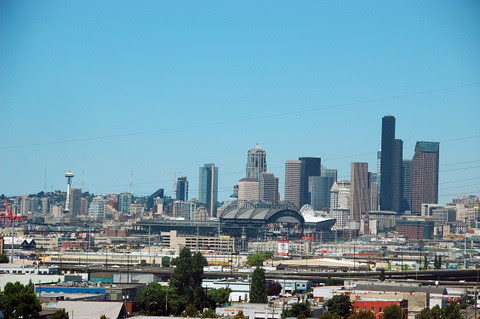 After punching in as the next destination on the GPS, we were on our merry way. state was just as beautiful as I remembered. The Columbia River, , the Cascade mountains, , all of this made for a spectacular scenic drive. 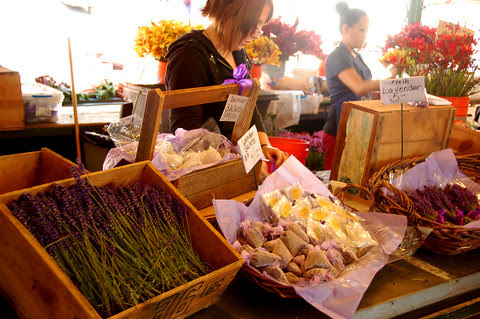 My heart did a tiny backflip when the Seattle Space Needle came into view. I’d been to twice before but could never get enough of Pike’s Place Market. After a quick lunch and coffee from the very first Starbucks outlet, we explored the colorful, noisy aisles of the market. It was too soon when we left an hour later. 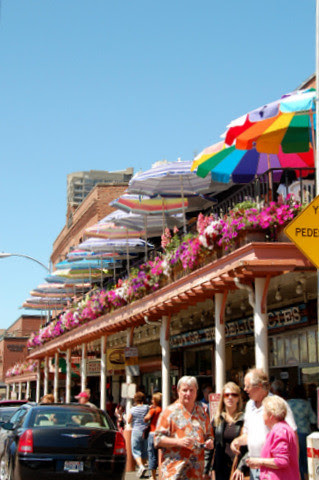 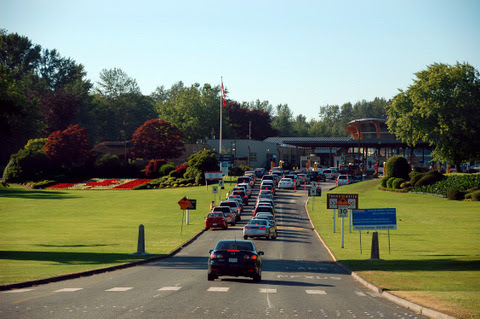 Crossing the US-Canadian border was pretty uneventful. The queues weren’t very long and we made it through without a hitch. It was 7:30 when I rang the doorbell of my sister’s place in and practically knocked her down when she opened the door. If there was any regret that our road trip had come to an end, it was quickly forgotten with the joyful family reunion. I spent the next two weeks spending quality time with my sister and her family and having a blast touring Colo and Lizzy around . But that’s another story.

Though we didn’t stick to the planned route, I have no regrets. Life can be full of surprises when you are spontaneous. And though taking the plane is the fastest way to get to where you want to go, there is a richness in the journey of the open road that is absent from flying. But don’t take my word for it, make your own road trip memories. Who knows, I may just see you on the road. :) 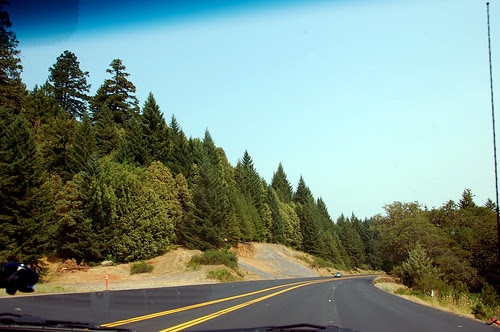 Tunes that make me wanna hit the road:

So you're missing Tobacco Road by Edgar Winter, or at least Rock and Roll Hoochie Coo by either Edgar or Johnny.

I had already read this in the magazine, but enjoyed it even more now, because of the addition of personal anecdotes.

I have always hated long car rides, but that's mostly because long rides, for me, have only meant either terrible Manila traffic and nondescript scenery, or boring hours spent in a car with my family when I was a kid. I only recently started realizing that long drives can be fun, after a ridiculously long 8-hour drive to Baguio that was never boring because I was with friends, and a 10-hour ride from Banaue, which was filled with beautiful vistas. To have both friends and a gorgeous view would change my distaste for long drives. But first, I've got to find a way around my pathetic lack of a sense of direction! ;-)

please help. do you need a canadian visa to cross the border? i am a philippine passport:) holder with only a u.s. visa. can i get a canadian visa in san francisco and drive to canada? sorry for treating you like a call center or travel agent. patulong lang please. salamat!:)

Dave you're right! Gotta have that on my playlist. Thanks. :)

We're the same, Katrina. I don't like city driving. But put me on a country road or highway with good company and good music, and I'm a happy driver/passenger! :) Thanks for reminding me, I have to hop on over to Multiply to see your Banaue/Sagada photos!

Hi Anonymous, yes you do need a Canadian Visa but I'm not sure if you can get it in SF. To play it safe, apply for it in Manila first before you go. If you already have a US visa, it shouldn't be a problem. :) Good luck!

oh! i loved seattle but never been to cascades yet :(

Christine!!! howareyagirl? Out of the blue, i decided to check in on you. I used to come check but haven't been here in years...too busy with my 4 kids! checking somehting out over at Divas reminded me of you so here i am. If only i had time to read all of what you've got here from your road trips!! I'm so jealous!

I was out in Lacey (outside Seattle) where my youngest sister now lives back in November to celebrate her 40th birthday. what fun we had. So many cool places to see and looking at your photos reminded me of all the ones i have that are still sitting on a chip and not downloaded. I have a couple that are definitely magazine worthy. I did not know you were writing articles for mags now. Do you have a new job now? Catch me up. Nice to see you and your fabulous blog!

great photos! it seems like a very nice road trip.

WOW!! So nice to hear from you, Ruth!! What a lovely surprise! :) Are you still living in Germany? How do I get in touch with you? Am still with the same company, but different department and position now. Hugs!

Thanks, twopenneth, it sure was! :)

Something nice has been discussed :). Keep on sharing and get good comments.

natanong ko lang because my parents told me that when they visited canada for a day lang, all they did was leave their passports at the border.

i guess they don't do that anymore.

This post is very useful for those people who are used to for travel world wide and who are always to ready for go abroad, specially for those people who want to go European countries like UK. You blog is not a blog it is a informational guide for us. we appreciate your work. Keep it up

this is a great source of information that i will take in consideration whenever i go on my road trip...I was felling a little insecure about performing this trip, but thanks to your ability to o describe what you experience i believe that there is a road waiting for me.
thanks again :)

Great pictures! I visited Seattle about 3 years ago and loved it. Went to the Farmer's Market in Pike's Place also and walked along the docks and visited the aquarium.

nice article shared with all of us :)

You're welcome, Anonymous! I am so so happy I helped you reconsider. You won't regret it! :)

Hi Saipan, it's beautiful there isn't it? Funny how it never rained during any of my visits, lucky!

Wow.. the places that you have visited are quite magnificent. they are so colorful and they look lovely.

I really like your interesting blog, especially about travel. Would you consider joining me on facebook? It is a free and interesting site too. And I hope you don't mind that I provided a link for your blog on my FB account. Puwede ba po? you have provided me with important current info regarding travel to Bicol region. Salamat po at talagang I will follow your blog.

Hi Kate! The scenery along the PCH is indeed beautiful.:) I would love to drive it again someday.

Hi Zoe, sure. I'm happy you enjoyed my posts. :) I hope to continue posting more in the future, but with people like you who encourage me, it will be easier.