Tales of a Food Whisperer 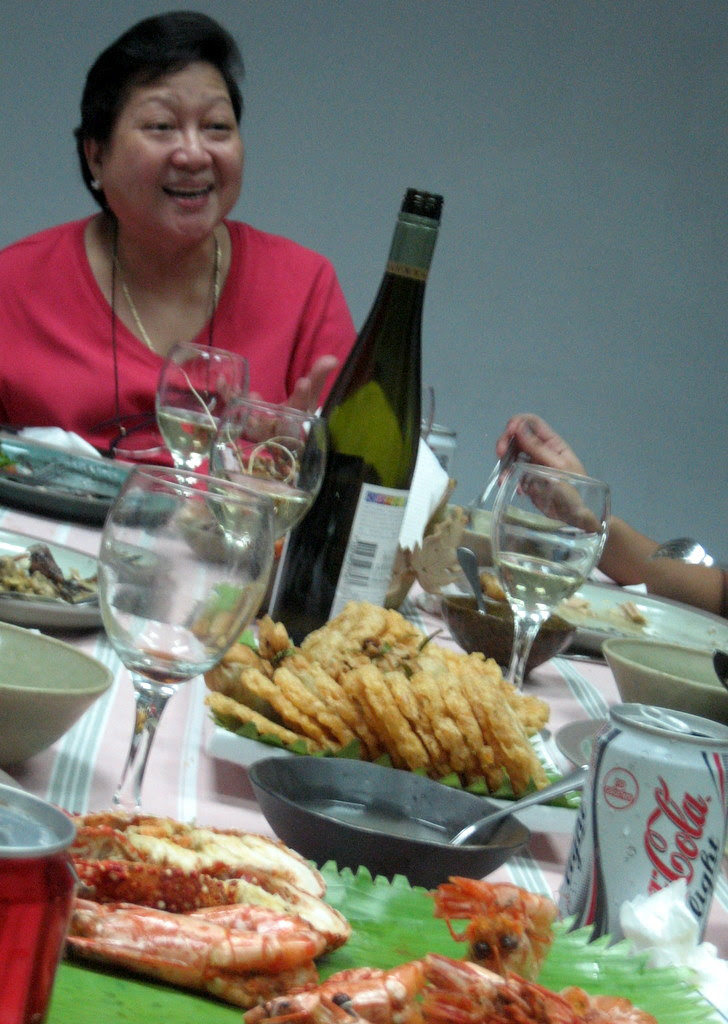 I 'borrowed' that name from Socky, which was apparently coined by Adobo Magazine. There was no more perfect term for her, I think.

The woman I speak of is none other than Lydia Go. Tita Lyds, as she is fondly called, is a pioneer and master in the art of food styling and food photography who revolutionized the craft in the Philippines. She was legendary in the advertising industry, the woman behind local and international award-winning food ads which made her the most sought-after and highest-paid food stylist in the country.

Though I had never met her previously, a couple of my fellow food-loving friends in the advertising industry had the good fortunate of working with her. It was Socky who organized the dinner which was held in Tita Lyds home studio. We were told not to expect plated styling which was totally fine with us. It was her cooking we were after. I hurled my diet to the backseat, I wouldn't have been able to forgive myself if I passed up such a rare event. And oh was it worth it! 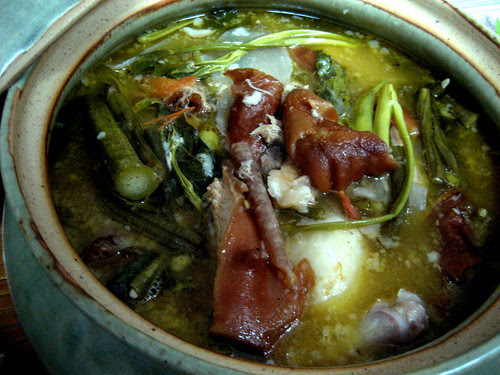 The dessert buffet was set-up against the other wall. This is where all my will-power to resist sugar went kaput. Flirtatiously calling out to me was a platter of fried suman (steamed rice cake) and chocolate fondue which I first read about in this post of Socky. Flanking it were equally flirtatious native desserts crunchy fried kamote (sweet potato) sticks with sesame seeds, suman sa latik, and the absolutely sinful chocolate and cream cheese log that I could not get enough of. 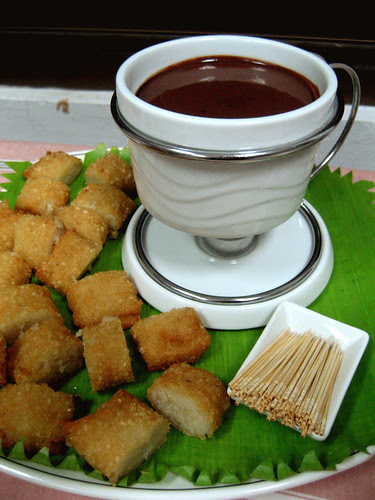 Not only is Tita Lydia great stylist and cook, she's one animated story-teller. She regaled us with hilarious tales about her work that had us in stitches. Most of it involved the crazy and near-impossible things she had to resort to meet the client's expectations and demands. It is no wonder brands break the bank for this woman. She does whatever it takes to get the job done.
Even if it means going house to house in typhoon-stricken Tagaytay to look for that rare colored passion fruit the client wants in his ad and eventually buying the tree off the backyard of someone's home. Or having to mount her oven on a pig cart so the talent being filmed inside the moving car was supplied with a constant stream of piping hot pizza straight from the oven, for that perfect mozzarella-stretch shot each time. Or buying an entire poultry farm to get the perfectly proportioned chicken as per the client's request. Oh but there is lots where this came from. It's best though to hear it straight from the horse's mouth, she tells great stories!

It was Tita Lydia's mother who made sure that all the girls in the family knew how to cook (and cook well!) at the tender age of 10, she tells me. Her mom was a staunch believer that it would ensure a lasting marriage. Her passion for food inevitably blossomed into an astounding career in food styling, further enhanced by an experience in food lighting and photography thanks to her late husband, photographer Eddie Go.

Thank you,Tita Lydia for sharing your passion with us (you'll surely be hearing from me come December! ;) ) and thanks Socky for arranging the dinner. :) Read more about Lydia Go and our fabulous dinner here.

Mmmm! This was such a great night! :) I had so much fun listening to Tita Lyds' stories, and eating her food! Her sinigang na lechon is haunting me! So good! And of course hanging out with all you guys is always a blast :)

What a great opportunity! Galing naman. Her dishes were so interesting. They have a hodge-podge feel, but still appear to be quite on purpose. Amazing!

You know, this might sound quite declasse', but on the way home, I thought: we should've asked to take home our favorite leftovers! In fact, when you joked that you wanted to take home the bandehado of Choc. Log, Tita Lyds did say you could. After all, we did pay for it, right? And there was A LOT of food left. The only problem would be if everyone fought to take home the same things! ;-)

Nobody will be able to resist the sweets in the last 2 photos. I am suddenly sooo hungry!

What an amazing experience for you! (I'm not that Lydia, by the way, but I wish I could cook and entertain like she can!)

Your Tita Lyds had me at her sinigang na lechon. I've heard stories about food styling from my brother a photographer...you'll do anything to get the perfect shot...although i never heard of buying a tree off someones backyard...hee!

Oh my God, my mouth is watering... I love sinigang and anything made of glutinous rice! Now I know what to eat for lunch hahaha... Amazing, it's all pinoy pero may twist...

The alupihan dagat was such a funny coincidence! I've been dreaming about that sinigang too, I keep raving about it to anyone who'll listen. :)

Hi knittymommy! You're right her dishes were interesting to say the least. Most had a twist of her own that made it different. :)

Katrina, I wasn't joking! I really wanted to take it home. Especially after finding out she doesn't sell it to anyone. I did think they'd bring out some tin foil or styrofoam because there was so much food.

Oggi, I couldn't resist it! I was ok with my 'diet' with the seafood, the protein up until that point. I mean look at that! Kakanins and saba, I love the stuff.

Hi Lydia! I know which one you are. :) And you can't fool me, you're a great cook and entertainer. And this I know just by reading your site.

Veron, she's amazing. They used to call her 'darna' (the local version of Wonder Woman) because of the stunts she would pull. I really admire people who do whatever it takes to get the job done. That's total dedidcation! :)

Cliff, tama ka diyan. Lahat may twist like I mentioned above. Either the way it's cooked or what it's served with. :)

101% agreed with what you said!! After all, pabalot is such a Pinoy custom and we more or less knew each other from the group...sayang you didnt initiate, I would have followed and had all the adobong talaba!!! Hee hee

Hi, can you help me.
I was looking for Lydia Go Contact person.
Thx